I bought last minute tickets to the FIFA Women’s World Cup game that happened yesterday. Literally last minute, as we closed the Craigslist deal an hour before the game. We still had to print out tickets and get there, so we ended up being late for two minutes or so. We had planned on going, but we wanted to wait till someone was desperate to sell them at a lower price. We got center seats in the end for $100 each, which wasn’t the cheapest, but given the prices we were seeing yesterday, it was pretty good. 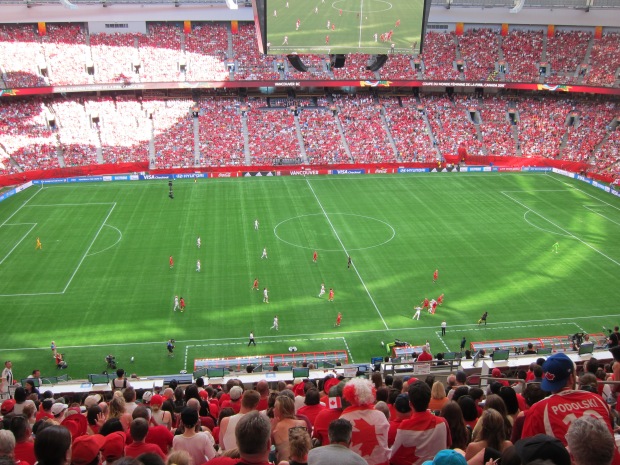 Canada was off to a rough start. Englad was aggressive and managed to get two goals in within the first 15 minutes. It was plain to see that the team was a little demoralized, and the crowd was also getting unhappy. Nonetheless, Christine Sinclaire managed to get a goal in at around the 42nd minute. The team livened up again, and smarter plays were made. Sadly, it was the only goal we got and it wasn’t enough to tie us or make us win.

Honestly, I’m still very proud of the team. We came very far— just one game away from the finals 😦 The team did us proud. I’m super happy when I see young girls being inspired by the women’s team, and jumping up and down, trying to get a team member to look their way. The team stayed around after the game, and were very accommodating to fans! We got to snap a few pictures of them, and they even agreed to do selfies! 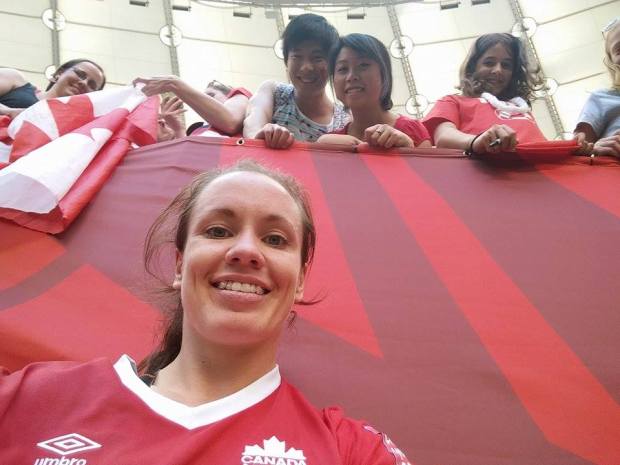 The turnout was really good and you could see seas of red everywhere. It’s really touching to see everyone congregating to support the girls ❤

One thing I didn’t like was the weather. Sure, there were blue skies and it was summer, but the heat was crazy! On the bus, we sat across from a guy who was literally towel drying himself (not just his face. Anywhere he could reach that could pass as being proper in public) on the bus every 5 minutes, and another guy just sat there dripping sweat. Wearing red also didn’t help cool me down. 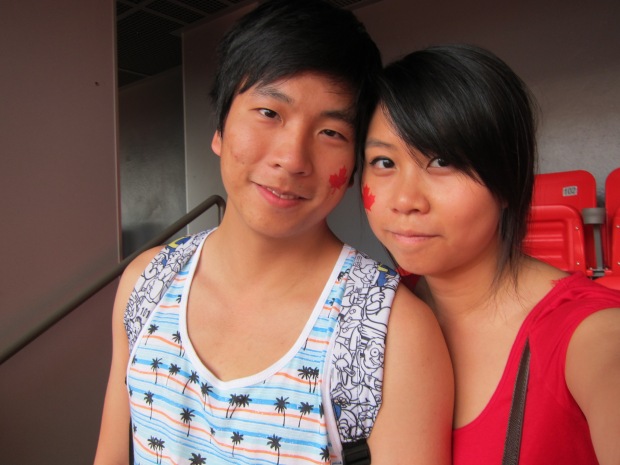 Anyone going to the finals? Anyone got free tickets? I’m broke. But I want to go. Quite sad Canada won’t be fighting for the cup, but hey, we got far. Keep on trooping Canada’s women’s team 🙂 Keep inspiring!