How many hours have I spent playing this game? I made two accounts. One has 34.5, the other has logged 33 hours. At some points, I was logged in to both account at the same time. Though I mostly was on them separately. Mainly because this game give you 48 hours of initial game time and you have to pay extra if you go beyond that, so you can see why I wouldn’t want to be on both at the same time.

Which also means I’ve spent quite a bit of time on this game during the 2 months that I was obsessed with it.

Haven and Hearth is an free MMORPG that is set in a persistent environment that permanently gets affected by what a player does during the game. So yes, if you die, you have to start all over. I have a love/hate relationship with this game. It’s challenging because it’s so hard to get anything done in this game (you want to make leather armor? You’ll need to dry the fur for 8 hours, then take the hide to a tanning tub to soak for 24 real life hours. And this is assuming you’ve already caught the animal that gave you the hide, then leveled up the appropriate skills to skin and tan animals.). 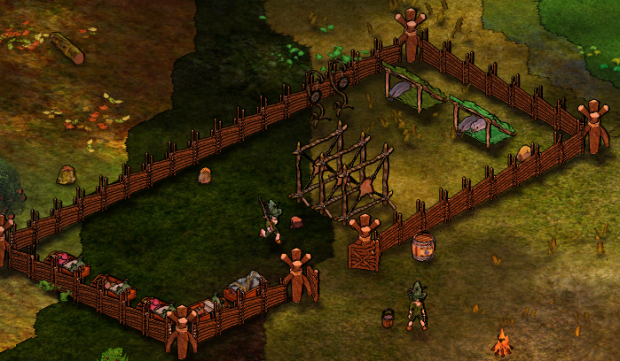 Think you’re done after drying the hide on racks? Nope. You’ll need to put that in a tanning tub.

It also doesn’t help that the Wiki is outdated and doesn’t reflect the correct instructions for anything anymore. So if you wanted to do something, you’re going to have to figure it out. I’ve personally turned to the Haven and Hearth forums a lot. It’s bustling because it’s easy to get confused or stuck while playing the game.

Basic gameplay can be broken down into the following:

You get experience (xp) as you play the game. This xp allows you to study “curiosities”, converting the xp into learning points (studying curiosities take several hours). These learning points can then be spent on different skills which open up more things you can do in the game. For example, you can get animal husbandry in exchange for 750 learning points, allowing you to tame animals and rear them as livestock.

For me, my end goal was to own a land claim. That is, permanently claim a plot of land and keep my items and structures on it safe. Land claim requires the skill yeomanry. It takes a lot of learning points to get yeomanry, and then for each square meter of land you want to own, you need to pay with more learning points. Given that there’s a cap of 48 hours for the free version of this game, you can see why I needed to make a second account to do things such as gather food, grow crops, etc. 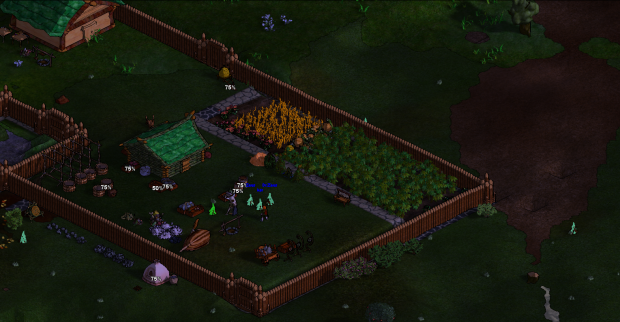 The base after we had constructed the wall.

After getting a land claim and thinking I was protecting my items, I realized I was wrong, because players can level up a skill to steal from land that wasn’t fenced up. So then I grinded towards learning how to build a palisade fence (the strongest one in game) by collecting beeswax (which takes about 2 days to produce), among other materials (each taking a lot of time). Remember, the world is permanent, so you better claim land before someone else takes the nearby land. But then again, only about 200 people play this game and the world is huge.

I don’t know how I let myself get lost in this game. It’s definitely grindy, the graphics are mediocre to bad, and the game is so unintuitive that it takes me hours to figure out the simplest things.

I will say that every achievement you make in the game is extra rewarding. It feels like so much more because you really had to work hard for it.

The crazy thing about this game is that it was basically made by 2 developers. Björn Johannessen and Fredrik Tolf have been working on this game for the past 8 years and have offered it up for free. Even now, once the 48 hours initial game time has lapsed, you get topped up with 7 free hours each week. Of course, 7 hours is quite limiting, but nonetheless, you can still play for free if you keep within those limits. So I guess despite me hating myself for pouring so many hours into this game, thank you Björn and Fredrik for the free entertainment you’ve given me!

If you needed a FREE game to try, and you’re looking for an exploration and survival game, go download Haven and Hearth! They’re constantly making improvements and adding new stuff 🙂 And if you needed a good starter’s guide, this is the best.

5 thoughts on “Haven and Hearth: Complex and grindy, yet addictive”