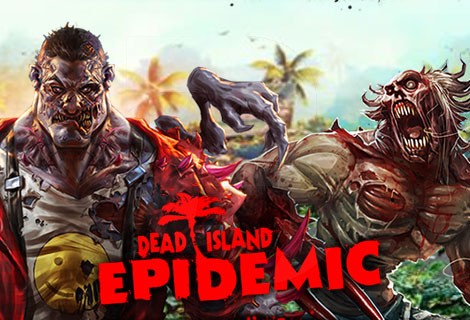 My friend got into the closed beta for Dead Island Epidemic and he had several keys he could pass on to friends! Thanks Riz for sending me one of them 🙂

I had no idea they were releasing a Dead Island MOBA so when my friend said that he got a key for it I thought it was another standalone game like its past titles. I had played Dead Island before but not its sequel. I really liked the original game mostly because I could play as a Chinese lady whose father was from Hong Kong. It’s a bit silly but I felt somehow connected to her.

Let’s move on to Epidemic. Thinking about it I’m surprised that a zombie MOBA hasn’t been created yet! Zombie games are all the rage. In Epidemic we get to choose from several survivors (right now there are five to choose from). They each have different attack ranges and take on roles much like other MOBA games. There’s a guy who is better at close range and can tank, a girl who acts as a healer, and the rest can dish out damage but must stay at a comfortable distance away from the zombie mobs. 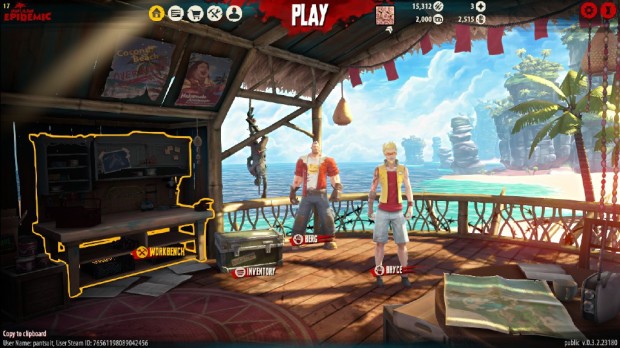 The workbench from the franchise that lets players craft their own weapons!

My thoughts? I think that it has got many elements that are reminiscent of the Dead Island franchise. You still get to craft your own weapons from blueprints and the art is quite similar, but you now get a bird’s eye view of everything. It’s interesting to get to always have a choice between a melee weapon and a gun since other MOBAs don’t give you that. It’s also a little different from other MOBAs since it’s not all about destroying the enemy’s base. Instead your team has to work together to complete objectives and get supplies. To compare it with something, I’d have to say its like a dominion game in League of Legends where you have to capture points. However you also have to fill up your truck with supplies and such while doing so. 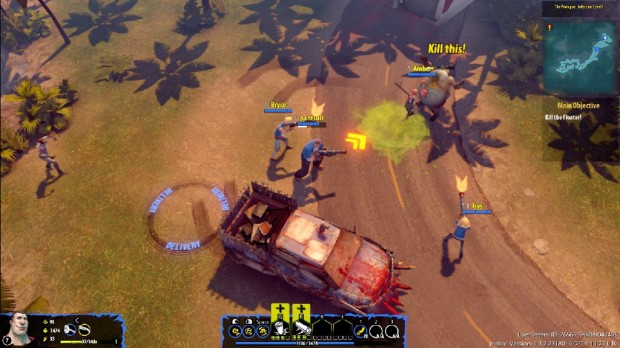 Boomer? Is that you?

In terms of enemies, if you’re playing the “horde mode” you’re facing hordes of zombies with special infected here and there. The special infected took a page from those in Left 4 Dead. I’m pretty sure I saw a boomer, a hunter and a smoker (though no smoke and coughing, just a tongue monster I suppose). I thought horde mode gets repetitive and boring. “Scavenger mode” is where you work together with your team against two other teams. The dynamics of making the game a 3 team versus is quite interesting. I’m used to just playing against one other team. What ends up happening is that you may be fighting at a capture point and you may team up momentarily with a third team to fight against one team. Then once that team is all dead it’s down to the two of you. Also, you’ve got to pay attention to your capture points. If two teams constantly fight against one another, the third team will be free to roam around and capture points. I thought this was quite an interesting twist to the usual MOBA.

Dead Island: Epidemic will be free to play on Steam but has yet to announce a release date. Since it still has to go through open beta, I wonder how long that will take. If you opt to buy one of its packages on Steam you get to play it right away (in its beta form). Overall I think the game was a little bland but it’s not done yet. They definitely need to spice things up a bit and I hope in the future there’s a few changes to address that.