…for the last time!

Well, it’s finally here. My last term in school. Wow, I kind of dragged that out. That’s why I was adamant on going back to school shopping for school supplies, despite having many years worth of used binders, leftover looseleaf papers, and way too many pens and pencils.

I ended up going to Walmart to snag some cheap BTS deals, only to realize that I didn’t really have much to buy. I ended up getting 2 packets of lined paper. I had wanted a notebook, but even that I failed to get because I wanted one notebook that can contain 3 subjects. I’m only taking three courses this term, and by now I’m too familiar with myself. I take notes for about half a month into the term before I stop. So honestly, one notebook with three dividers is all I need. They didn’t seem to have that at Walmart. 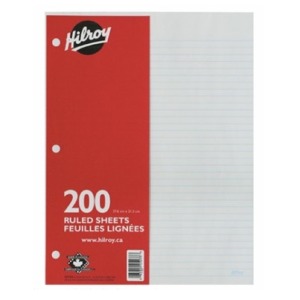 The only other thing I’d need is a backpack. I’ve used my currently backpack for about two years, and it can easily last the next 4 months. But again, this is my last back to school shopping, so I went and got a small Herschel backpack. I honestly didn’t want a Herschel, but that was all there was in every single store. That or Jansport. I’ve used Jansport for a few years and I don’t like its lack of support, so Herschel it is. 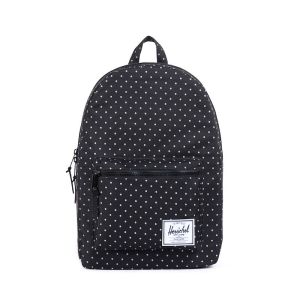 I can’t believe back to school shopping won’t be a thing I’ll be doing anymore. Or maybe I’m glad I won’t be fighting against the hordes of families trying to grab glue sticks on sale? But I have a feeling I’ll be feeling a little blue when the next back to school shopping season comes around…reminding me that I’ve got to face the real world now. At the same time, I’m kind of glad to be almost done. Give me that piece of edumacation paper so I can go out and do stuff!

6 thoughts on “Contingent Contemplation: Back To School”