So my co-worker told me about this mysterious healthy grocery sale behind the Home Depot parking lot, that I now know as the Unfi Saturday Market. I tried to wake up for it last week, but alas, the alarm lost its battle and I didn’t wake up. 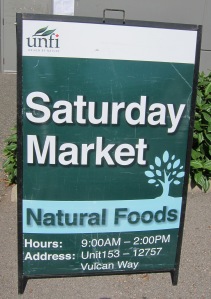 This week, I managed to wake up at 7:30AM on Saturday along with my boyfriend, and we drove to the parking lot. We had no idea where to go. My co-worker’s instructions were super vague, but honestly, looking online revealed nothing about a sale either, so we drove around in circles. He did tell us that we should get there at 8:30AM though if we wanted the good sales. That gave us time to wander around aimlessly. 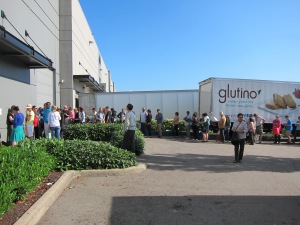 Then we saw it. People started forming a line outside a warehouse. We weren’t quite sure if it was the right place (12757 Vulcan Way, Richmond), but most of the people in line were either in yoga gear, or were old asian grannies who looked like they could spot a good sale. So we decided to park the car and stand in line. We felt inadequate, with our one reusable shopping bag. People had carts, cooler bags, crates, and were basically standing at the ready. At 9AM, a super tall guy (who we now know is called Lars) opened the door, and people ran in. 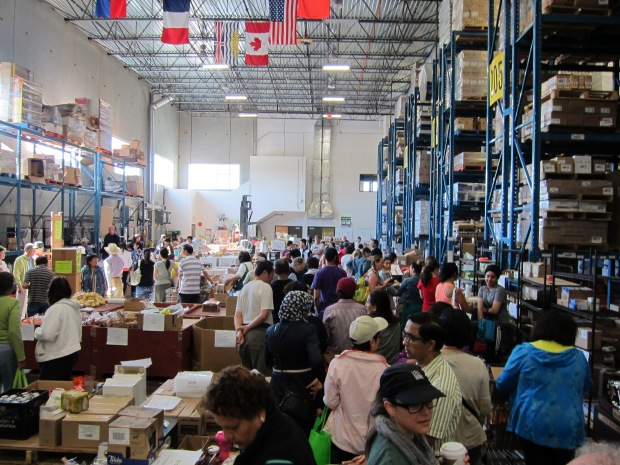 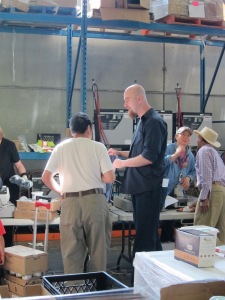 Lars, the giant who can solve any problem you may have at the market

The sales were pretty good. Okay, so if we’re talking about regular canned Campbell soup which you can basically get at 70¢ a can, then it’s probably expensive. But we got five bags of Happy Planet soups for $7.50. They’re usually $6 a bag, so those are huge savings. Some items weren’t as cheap, especially if you don’t buy in bulk. E.g. Terra chips were $3 a bag. We bought a Camino chili and spice chocolate bar for $2 because we were curious about the flavour. Granted it probably would’ve costed more if we bought it outside, but again, the savings weren’t insane. We got 20 bars of the almond and cranberry Camino chocolates for $10 though (they were $1/bar, if you bought a box of $20, you get half off and thus $10). Again, buy in bulk for best savings.

Here’s was our haul for the day: 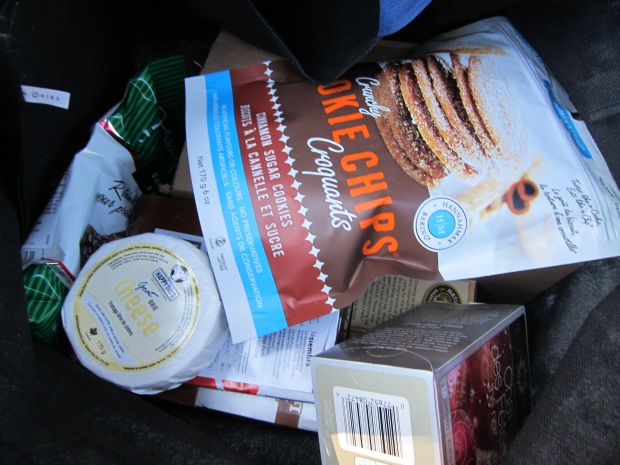 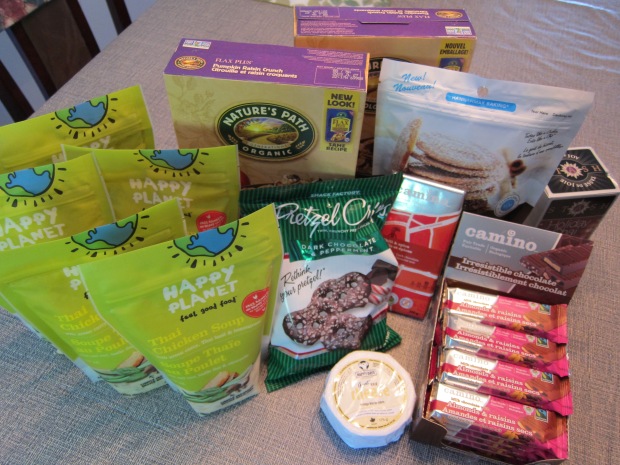 We regret not getting more of those cookie chips that’s prominently displayed in the first pic. We went home, opened it, took a bite and regret flooded in. Those Hannamax chips were pure cinnamon goodness. It was $2 a bag, and if you see it, I highly suggest you try it. They had other soup flavours there as well (butternut squash and something else), but to get the bulk deal they had to be of the same type. And we didn’t think we could finish 10 bags of soup by Monday.

We got so little compared to people who wheeled away carts of food. They would get 10 boxes of pistachios or something. It was quite a sight.

One thing to note is that you should check the expiry date on all the items. Our chocolate bars didn’t expire for another year, but we knew that our Happy Planet soups would expire in about 3 days. Same went for that roll of brie cheese we got. The expiration dates vary, so make sure that you’re able to put the food to use within the allotted time.

It’s worth checking out if you’re willing to wake up early on a Saturday. It’s out of the way, so I highly suggest bringing a car!