Today was extraordinarily foggy, and I mean seriously foggy. It started off as a beautiful day when I left the house this afternoon, but as the day progressed, you could notice that you could not see very far into the distance. I thought it would be interesting to have some photos taken. However my camera would not capture the fog…unless if someone else was in the picture 🙂 And yes that figure in the pictures is me– I was not stalking someone on the streets so I get get a picture of the foggy surroundings. My sister held the camera. I thought these came out eerie, but peaceful at the same time…

Strangers in the night…. 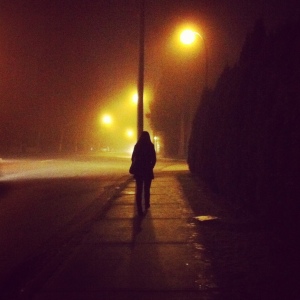 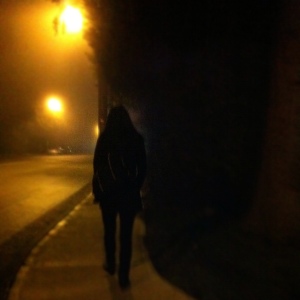 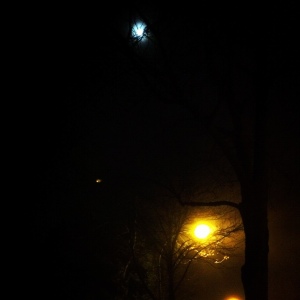 On a slightly different topic, there was a little old lady busking for change at the bus stop. Although it was freezing cold tonight, she was there with her mic hooked up onto an amplifier with music playing in the background. She sang songs for everyone waiting for their buses. I thought it was nice and when I went up to her, I realized she was busking for a cause. She was helping raise money for kids in Kenya who had HIV. This whole scene was just so nice and I watched as others also dropped in their coins after mine. What a beautiful way to round off a day. 🙂 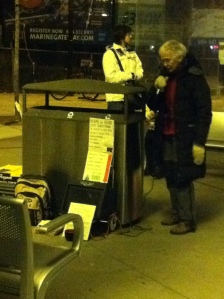 11 thoughts on “Vancouver nights in the fog”