I made one of the dumbest decisions one week before reading break (which is essentially Spring Break for university students in UBC) and bought Borderlands 2. The week before break is usually when everything is due– papers, midterms, presentations, you name it.

Anyway, I remember logging in and promising myself that I would play for 30 minutes. A very reasonable break duration, right? I finally logged off to hastily finish the rest of my course work three or so hours later.

What I like most about Borderlands 2 is how funny it is. I have not played the first game in the franchise, but I heard its storyline is not as well developed. I also bought the Mechromancer Pack along with the game, meaning I got to play as Gaige and controller her murderous robot Deathtrap. Gaige is a cool female character who is steampunk-esque in her attire (added coolness in my books). She built Deathtrap for a school science fair, but her opponent, Marcy, stole her blueprints and bribed the judges causing Gaige to come in third. However, when Marcy shoved Gaige, Deathtrap identified her as a hostile and killed her. Gaige then went to Pandora to evade arrest. Pretty neat backstory I’d say.

The reason why my short break turned into a uber long one was because of the storyline as explored through quests.

**Mid-game spoiler**
I was doing the Rising Action quest and I logged in during my “30 minute break” to finish it up and hand it in. Once I submitted the quest, in which I insert a new power core to generate energy for the rebel base called Sanctuary, I was notified that it had all been a trap. Now the inhabitants of Sanctuary were under attack because the corrupted power core hacked through the power shield that was protecting the city. However, there are other heroes in the story (Lilith, for those of you who have played Borderlands, returns as a NPC), and they manage to teleport the entire city into the sky, but accidentally leaves you behind by accident.

Some of the quest descriptions in this game…

This basically meant I had to find my way back to Sanctuary. Which took me about three hours. I was so desperate to get back to the safe zone for rebels and log out there instead of anywhere else. I was quite attached, you see. I felt bad for drastically changing life in Sanctuary, and causing probably a few deaths to civilians in the process. I had to find my way home. In other words, I was hooked.
***End of mid-game spoilers**

Borderlands 2 revolves around the gamer playing one of the six playable characters on Pandora (4 without DLCs). You are a vault hunter, which means you have unique abilities. For example, my character Gaige can control a death machine in the form of Deathtrap as a Mechromancer. Maya, another character, is a siren, which means she can suspend enemies on another dimension. This allows her to do crowd control.

Unfortunately for you, as a vault hunter, the villain Handsome Jack (who is a brilliant villain by the way) is on the lookout for you. His aim is simple: kill you. Vault hunter interferes with his business of gathering the mineral Eridium and ruling the world so he must get rid of you. And everyone else in the city of Sanctuary who are basically the last of the resistance on Pandora. 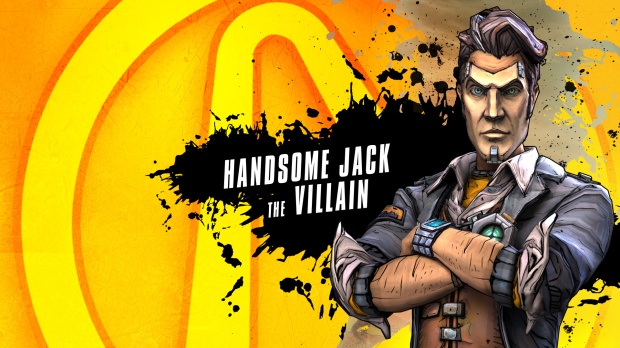 This is a roleplaying, FPS game. If you’re looking for something fun, I would recommend this. You play this solo, so I sometimes get bored of it for that reason (you can invite a friends for a co-op mode though if they also have the game), but I take a break and I find myself missing it. Very funny, interesting characters (even their NPCs such as Moxxi and Tiny Tina! Google them up, they’re really cool. I may do a post in the future just to explore the characters in Borderlands!), and great storyline. Not to mention, they broke the world record for the most number of weapons in a game: 17,750,000.