If you’re a Vancouverite, you’ll realize that when you’re looking for somewhere to grab at bite past 11PM, things get a little iffy. When I moved back from Hong Kong, I was creeped out by how early everything closed. I thought I might make a post to point out a few places I’ve personally been to when I get late night cravings! They’re in no particular order but are 24 hours. 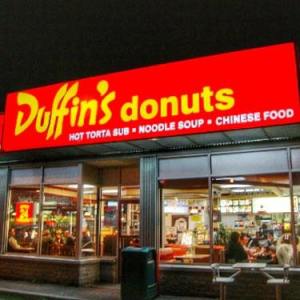 Despite their name, they serve a lot more than just donuts! You can get anything from shaved ice, fried chicken, vietnamese subs, tamales and more! They operate much like a fast food joint, so you can pick up your food and go, or you can stay and take a seat to finish off your food. 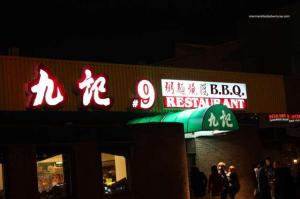 No. 9 is famous in Richmond for being the place to go after your late night happenings to grab some food. If you’re into asian food, this is probably the perfect place for you. It’s a part of Lansdowne Mall, but has their own entrance since it is 24 hours. They have fried rice, noodles, chicken wings, asian desserts, soups, etc. Basically, anything you’d expect to find in a Chinese diner. Everything here just tastes better at night!

Lucy’s has an amazing breakfast menu. In fact, even if I go there for lunch, I get a breakfast option. They serve shakes, burgers (they have a burger challenge you can try your hand at!), eggs any way you like it, and basically anything else traditional diners serve. You can also spike your shake with a bit of alcohol 😉

I have only ever been to the Breka on Fraser and the one on Robson, but I know there’s a third location near Davie street. Breka serves cakes, bread, sandwiches and wraps. Of course, they also have a selection of crafted drinks, and occasionally has soup. This cafe is great for late night studying (but during finals seasons, don’t expect to find a table here), but also if you just wanted a place to sip on a drink while having late night convos with friends. If you manage to grab a seat, it’s pretty cosy and nice! Free wifi. 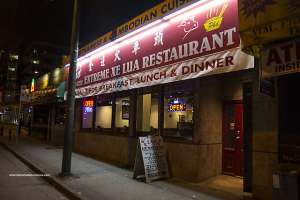 If you wanted a late night bowl of Pho, look no further. There’s a few other 24 hour pho places in Vancouver, but Xe Lua is close to more modes of transport (Canada line, busses), and is in a more popular part of town. When I came here, I ordered vermicelli, which came sprinkled with peanuts. I apologized for not having notified them of my allergy, and they were more than alright with making me a new bowl 🙂 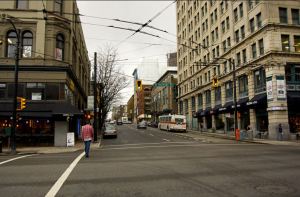 Waves was my favourite place to study (not really in school anymore since I’m technically working)! Bigger chains are less likely to kick you out of the cafe, even after you’ve been there for more than six hours. I once had a barista there ask me if I stayed overnight because I was there the night before before she ended her shift, and I came back the next morning to study again. So when she clocked in, she saw me in the corner again and couldn’t help but ask. It’s mostly a regular cafe with a few sandwiches and desserts. Waves is always bright at night, which is perfect for studying (many coffee shops are dim, and makes me sleepy). And the big bonus here is that if Waves is full, across the street is Blenz—also 24 hours. I just prefer Waves in general. Free wifi in both places, except Blenz makes you re-connect every hour or two.

Last but not least—a myriad of fast food places:
– McDonalds (Main & Terminal, Knight and 57th are the only ones I’ve been to)
– Denny’s (Your regular diner food, except overly greasy. But I mean, no one cares at 4AM)
– Church’s Chicken (The branches that are 24 hours may not have seating. So you’ll have to drive thru!)

Siegel’s Bagels is also 24 hours and I’ve always wanted to go, but it’s too out of reach for me, especially when it gets late. I’m not even going to recommend Calhoun’s because it’s always packed with students, given its proximity to UBC, but by all means, I really liked their sausage roll!

This list is not exhaustive, but I still wish there were more 24 hour options in Vancouver. Or even just later night in general. But I guess as a culture, the city decides to shut down earlier, and everyone has kind of revolved around that. And in Hong Kong, there’s a culture of keeping things opened later? Anywho, happy late night food hunting!