After comic-con ended, on the Monday, we went to the Woodland Park Zoo. 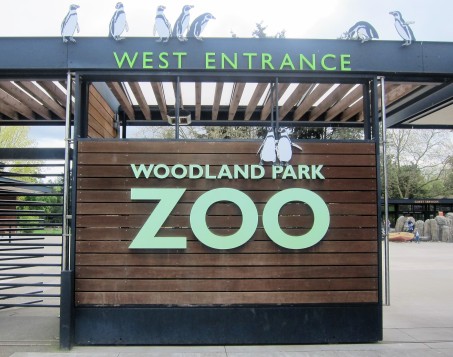 I personally haven’t been to a Zoo in ages. In Vancouver, we have an aquarium, but the nearest zoo is the Greater Vancouver Zoo, which I’d rather not support.

END_OF_DOCUMENT_TOKEN_TO_BE_REPLACED 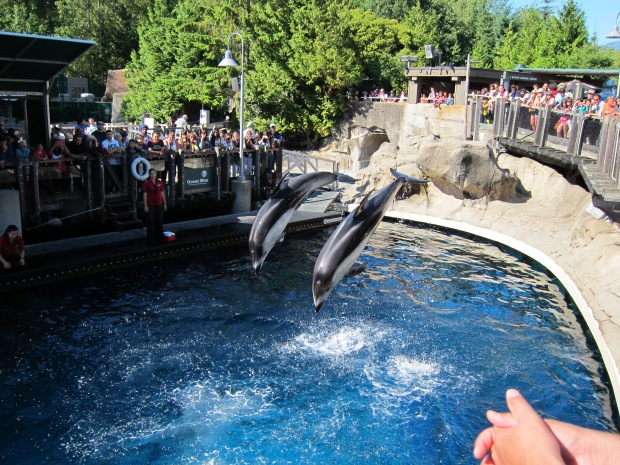 If you live in Vancouver, and have had friends or family visit from some far away land, you will probably bring them around town. Seeing as how we do not have a zoo (at least not close by anyway), nor is Playland open 365 days of the year, the Aquarium is a top pick for many to show off as a visitor attraction. It is perfect for even when the weather looks gloomy, which as a Vancouverite, I can safely say that makes up around 80% of our year.

Over the summer, my friend Monica and I decided to take our sisters to the Vancouver Aquarium, calling it our ‘sister date’. Honestly, I just wanted an excuse to visit the aquarium. 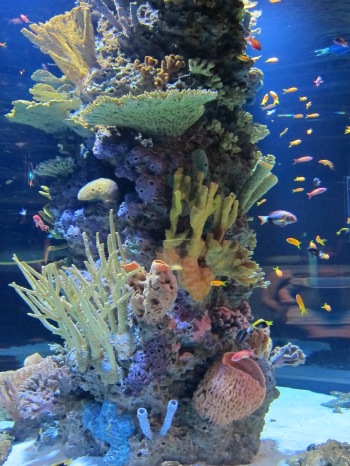 I have not been for quite a long time, so I was pretty excited! We arrived at around 11:30am, hoping to make the most of our day there. The Aquarium usually closes at 6PM during the summer, and their hours of operation are even shorter during winter. If you thought that you would be bored walking around, you have another think coming. We started off with a 4-D experience adventure, watching animals in their natural habitat. I get pretty freaked out at these 4-D things because I am terrified that something will grab me. Thankfully, there was no grabbing. There was, however, things poking my back, me being sprayed at with water, something tickling my leg and other interesting effects. Monica’s sister gave a shrill scream at one point, then declared that she was not scared, only to scream again a scene or two later.

Checking the aquarium’s schedule after the 4-D film, we realized that they had shows lined up for every time slot available (an example can be found on their website here). For some shows, they overlapped, so one would have to choose between watching the dolphins, or watching the sea otters. We ended up watching a dolphin show, an introduction to seals, a talk on the new penguins that came to town and the beluga show. In between running to the various locations for these shows, we had lunch. Food was really overpriced, but you would expect that. Not that it stop us from complaining.

For those of you who have noticed, some Canadian restaurants have a symbol beside some of their menu items. We noticed it at the aquarium’s cafe.This one to be exact:

I have seen this symbol loitering around quite a few menus around Vancouver, and it turns out that it refers to the Ocean Wise  program started by the Vancouver Aquarium. It helps ensure that the item on the menu is a good choice for keeping the ocean ecosystem in tack, and for supply to remain abundant for future generations. So keep a lookout for the Ocean Wise sign next time you visit a restaurant!

In all, the aquarium was great fun, albeit tiring looking after our sisters. But to be honest, my sister is 14 so I guess I am referring to Monica’s sister. However, it’s hard to get annoyed because she is adorable! I guess it was a successful ‘sister date’! 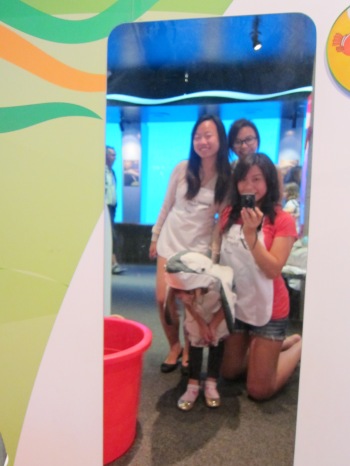 Playing in the Kid’s Zone 😛

So until this point, I have only spoken of the Aquarium in a positive light. Of course, every cloud has a silver lining.

During the trip, Monica brought up the questionable idea of whether the aquarium is actually harming the animals, forcing them to be mere attractions in a confined habitat. I was actually quite curious too. That led to a bit of researching after I got home.

Suspicious pieces of facts that I found:
– their beluga whales dying within ten years after being born or caught (x)(x)
– how the aquarium acquires their marine animals (x)

There was more information from other sites, but they only provided small bits and pieces of information. The two above stood out most to me.

So it turns out that they do not only keep wounded animals, or those who cannot survive in the wild due to certain circumstances. There are cases in which they actively tried to buy sea animals for display. They also frequently try to expand further into areas of Stanley Park, making the aquarium bigger. Of course, these plans for expansion are always met with protests and discontent from various animal rights groups, but Vancouverites are generally pretty optimistic towards the expansion of their aquarium.

I do not know where I stand. I know that some of the animals were rescued, as told by the guides from several of the animal shows we saw, but how about the rest? The aquarium is no doubt one of Vancouver’s most profitable tourist attractions, so wanting more is no doubt on their minds. At the same time, the aquarium is also a great place for kids and other visitors to learn about animal conservation, as well as the importance of keeping the oceans clean. The Vancouver Aquarium also has, as previously introduced, the Ocean Wise program set up, plus helps organize and encourage shoreline cleanups around the city.

Sorry if this post is really torn between the good and the bad, but I really cannot decide. So what do you think? Hope I gave you something to think about the next time you visit the Vancouver Aquarium!